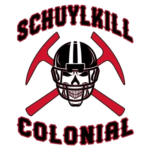 Notre Dame-GP took down the Spartans of North Schuylkill 36 to 24 last Friday night behind their leader Danny Darno, AJ Lozano and Josh Ludlow. Quarterback Darno finished the game with 368 total yards of offense, with 261 through the air, and 4 touchdowns, and 107 via the ground. Lozano recorded 6 receptions for 133 yards and 3 scores, while Ludlow ended with 8 receptions for 116 yards and a score. Tri-Valley stayed unbeaten by taking down Shenandoah Valley 48 to 0, recording their 3 shutout of the season and what many would call an upset, Pen Argyl took down Minersville 29 to 12. Leading the way for the Green Knights was Damian Tyminski(jr) who finished the game with 162 yards on 20 carries, and 2 touchdowns. Finally, in a record breaking preformance, (jr)-(QB)Matt Machalik of Palmerton went off last Friday night in their victory over Pine Grove 53 to 28, throwing for a school record 347 yards, 6 touchdowns, and rushing for 117 yards on 11 carries, scoring 2 more touchdowns in the process for a total of 8 on the evening. Senior Kendall Robinson led the way on the receiving end with 145 yards, on 5 receptions, scoring once. 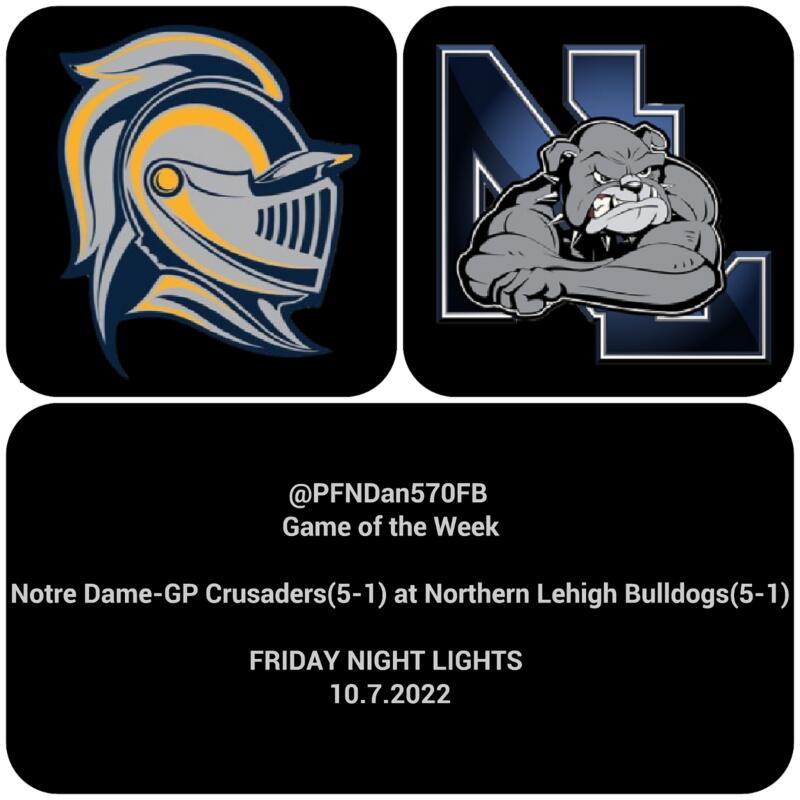 Preview:
The Crusaders come into this matchup winners of their 4 games against the Bulldogs, also, enter the game riding a 4 game win streak, taking down a very good North Schuylkill squad 36 to 24. NDGP forced the Spartans into committing 5 turnovers(4 int, 1 fumble). Notre Dame-GP can score with the best of them, putting up an average of 41 pts per game. Northern Lehigh isn’t too bad either putting some points, coming in averaging 35. Offensively, both teams are very solid with the Crusaders averaging roughly 415 yards a game, while the Bulldogs average about 350. This should be a classic offensively.
MY PREDICTION: Crusaders by 9 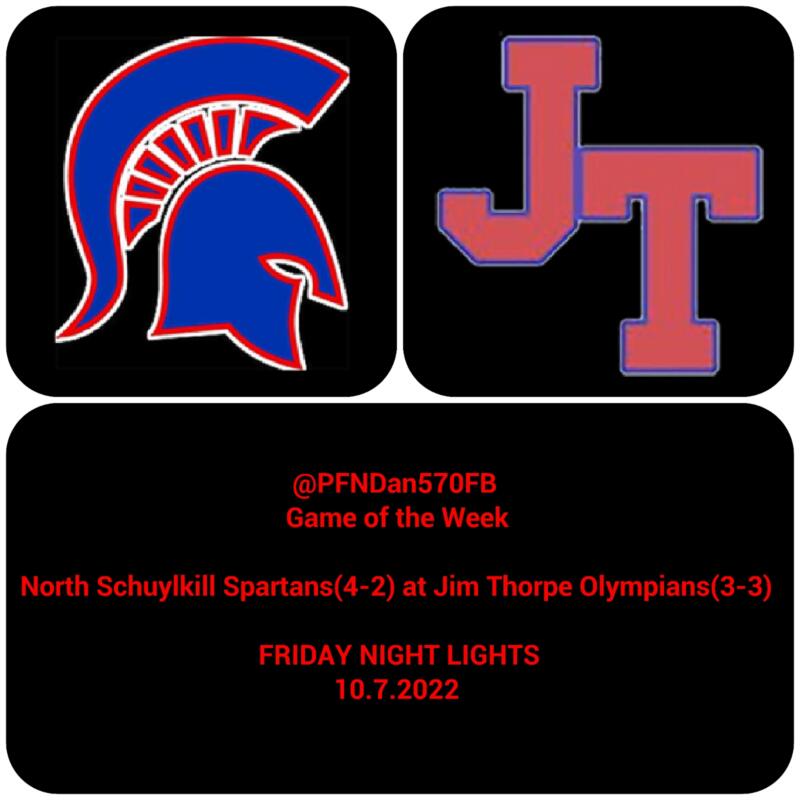 Preview:
Spartans enter the contest following a loss to Notre Dame-GP last week 36 to 24, while the Olympians enter on a two game win streak, defeating Tamaqua last week 42 to 6 behind a dominating performance by the Jim Thorpe defense. Noah Rosahac and Cole Lazorick both recorded a pick-6, with Lazorick adding another interception late in the fourth. If the Jim Thorpe defense plays like they did against Tamaqua last week, this game could go either way, as the Jim Thorpe offense has been picking up speed as of late, scoring 185 points in their last 4 games. North Schuylkill’s offense has been just as good offensively, scoring 152. Both teams are very solid defensively as well, but the Spartans have the advantage, playing a much tougher schedule, recording 3 shutouts in the process. I like both teams in this one, so I’m going to bring out the magic 8 ball and test its skills.
PREDICTION: In a mild upset, Olympians by 2 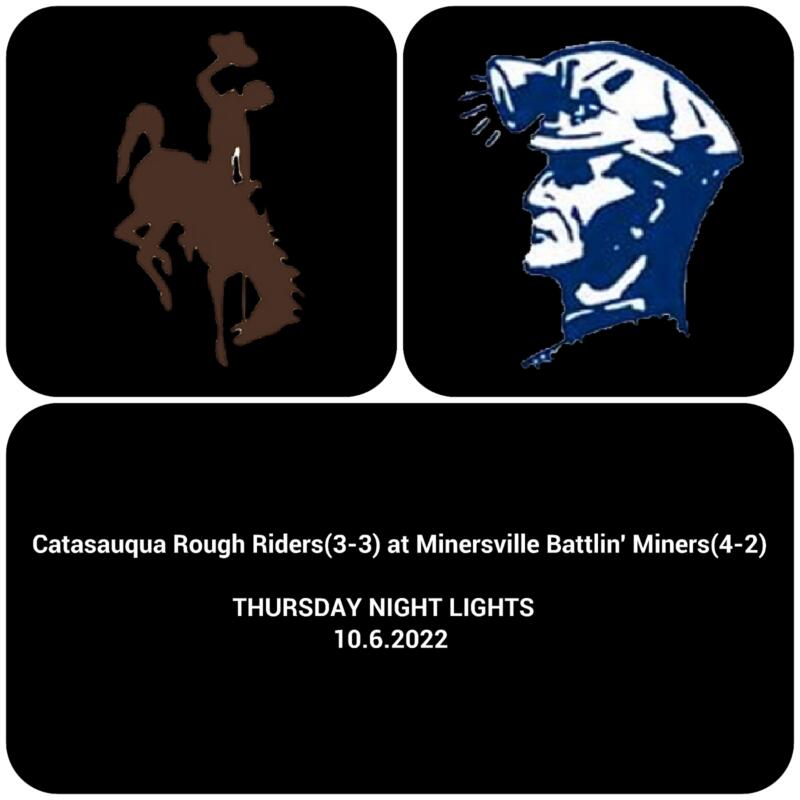 Preview:
The Rough Riders are coming in hot, winners of 3 straight, giving up just 24 points in those games while scoring 23, 30, and 35 in their last victory, over the Hurricanes 35 to 12. Senior quarterback Christian Fye threw for over 200 yards in the win with 2 touchdowns, going 8 of 14 in the process. Five different players scored for the Rough Riders, and Bonilla had a big interception for a 40 yard return. Minersville on the other hand, had won four straight before suffering their second loss of the season in what some would call an upset, to the Green Knights 29 to 12. I for one was surprised the Battlin’ Miners only posted 12 points, but when you give up four turnovers, its tough to come back from that. Freshman quarterback, Dante Carr did record another passing touchdown, giving him 8 on the season thus far. On paper, Minersville looks better but there is some bad blood between these two programs from last season when Minersville beat up the Rough Riders 43 to 27. The hits were hard and the words were spoken… this years game should be a dandy ! As in most games, the team that commits the less turnovers will win…
MY PREDICTION: Minersville by 12

IN OTHER GAMES AROUND THE SCHUYLKILL-COLONIAL:

High school football rankings: Every team that has appeared in the final MaxPreps Top 25 since 2008