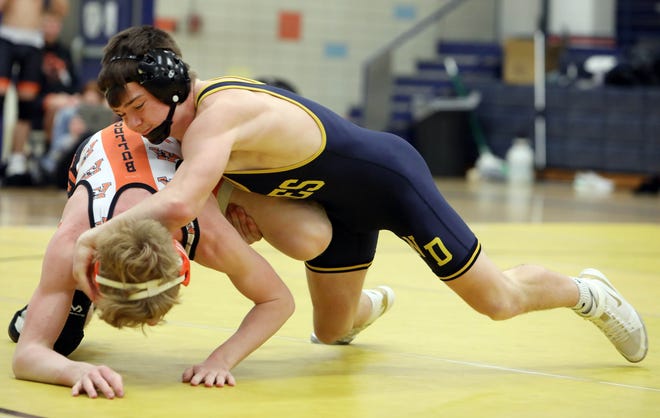 Grifen Molle loves to play football and he has exceptional talent on the baseball diamond.

But the true passion for the recent Danville High School graduate always has been wrestling.

So when it came time to pick a college, it was all about wrestling for Molle.

Molle made it official when he recently committed to wrestle for Coe College, an NCAA Division III power in Cedar Rapids.

While Grifen was looking at several other schools, including Grand View University in Des Moines, a trip to the Coe College campus and a meeting with head wrestling coach John Oostendorp was the deciding factor.

I am excited for it. I can’t wait to get up there and get started,” Molle said. “As soon as I set foot on the campus at Coe and when I me Coach O, I knew that’s where I was going to go. It’s a small campus, but I like it because it’s like the small town that I’m from. They have a really nice weight room and wrestling room. It’s really nice.

Molle won conference and district titles on his way to state as a senior for the Notre Dame-West Burlington/Danville wrestling program and came into the state tournament with just one loss. Molle advanced to the semifinals for the second straight year, losing to eventual state runner-up Tyler Brown of Winterset, 17-14, in a wild and bizarre match. Molle would lose his next two matches to finish sixth in Class 2A with a 49-4 record. He finished his career with a 147-20 record.

Molle, who competed at 152 pounds as a senior, projects at 149 pounds at Coe. He knows what he needs to do to have a chance to compete at that level.

I have to hit the weights hard and get stronger. I have to believe in myself and my abilities,” Molle said. “It will be nice having a lot of training partners. I’ve always had good guys to train with at DC Elite. I will definitely be stepping into a room full of hammers. I know a coupe guys on the team, and that played a big part in my decision, too.

Molle is looking forward to focusing just on wrestling and seeing how far he can go with the sport. And he already has his career path mapped out, which takes more stress off him as he heads to Coe later this summer.

“It’s going to be kind of nice just dedicating my time to wrestling and not other sports,” Molle said. “I am going to pursue a degree in business management. I want to start my own landscaping business. That’s what I have been working on. 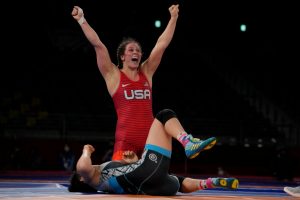