Some of the top high school football recruits in the nation put on a show during the Under Armour All-American Game, but just as much excitement came off the field as it did on during the 23-17 Team Icons win over Team Legends.

Three players committed to universities during the game. Five-star linebacker Harold Perkins, four-star defensive end Omari Abor and four-star running back Jovantae Barnes all announced where they are headed for school next year.

Perkins, ranked the No, 1 linebacker in the class and No. 5 overall on the 247Sports Composite, is headed to Texas A&M. The Cypress Park (Cypress, Texas) star adds to a recruiting class that was already the No. 1 in the country entering the day. Now, the Aggies have six five-star players, 19 four-star and a trio of three-stars committed to the program.

Perkins is a 6-foot-2.5, 210-pound linebacker who had 33 offers from a who’s-who of college football. Over the last two seasons, he racked up 93 tackles — 23.5 for loss — seven sacks, six QB hurries, three forced fumbles and an interception, according to SI.

Abor, who played high school football at Duncanville (Texas), is ranked the No. 4 edge rusher and No. 8 player in the state.

He credited Ohio State defensive line and associate head coach Larry Johnson with convincing him to commit to the Buckeyes. In an interview with On3, Abor said:

“The main reason is Larry Johnson. Just the way he coaches his players, I just really feel like it be a great experience,” Abor said. “ close. Real close. He called me after every game, like, ‘Yo, you messed up on this. You messed up on that.’

“He was picking out the little details, and I’m just looking at them like, ‘Wow, this dude really changes how I play the game of football.’”

Ohio State’s class is ranked No. 4 in the country and No. 1 in the Big Ten. 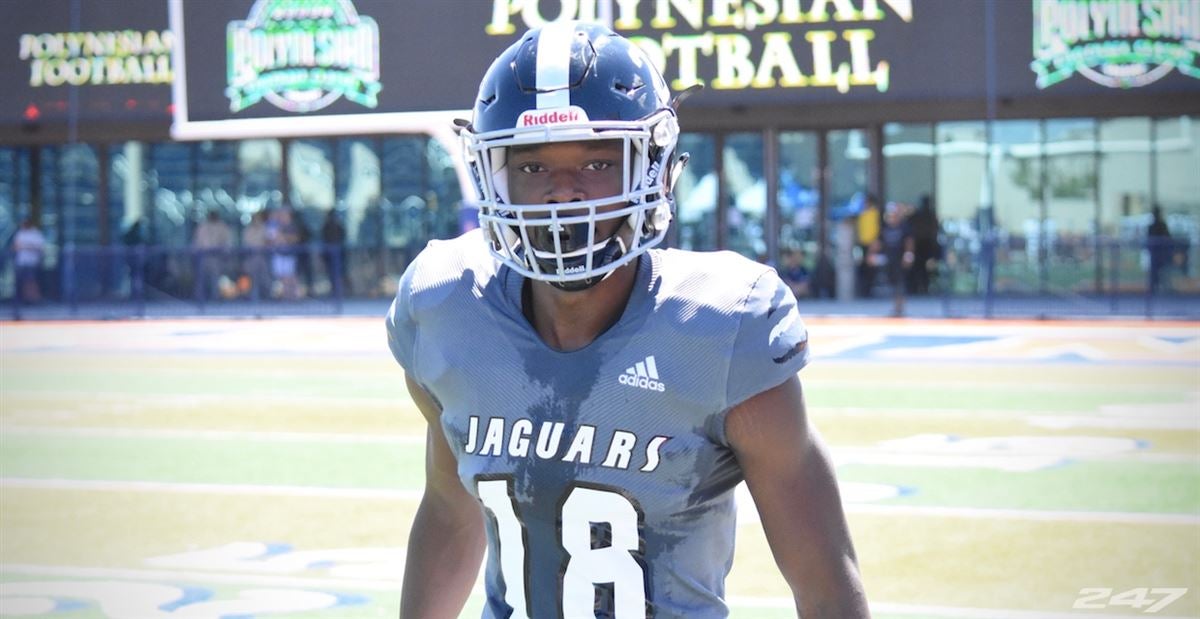 Barnes, ranked the No. 10 running back in the class on the 247Sports Composite, committed to Oklahoma.

Barnes had 35 offers and finalized a top three of Oklahoma, USC and Florida State. Despite the Trojans getting the former Oklahoma head coach, Barnes went with the Sooners. He told 247 that running back coach DeMarco Murray, the former Dallas Cowboys RB who played high school in Nevada, was a big reason why.

In six games this season, Barnes rushed for 567 yards and 11 touchdowns, according to the Las Vegas Review Journal.

The Desert Pines (Las Vegas) running back joined Gavin Sawchuk as a pair of four-star RBs committed to the Sooners.

Oklahoma’s class is ranked No. 10 in the nation and No. 2 in the Big Ten. It is without a five-star, but there are 14 four-star prospects committed to the Buckeyes.

Where each 5-star recruit in the Class of 2022 signed

The No. 3 Iowa vs. No. 4 Penn State game is recruiting central for Hawkeye prospects